"I have been both a client and candidate of Mallory Partners so have been on both sides of the fence. I met Jeremy in 2010 when he placed me as CFO in a Sovereign Capital-backed business. Jeremy was only just starting up Mallory Partners at the time and was building a network using his private equity contacts in small and medium tier firms. He contacted me and I liked him. Often recruiters tell you what they think you want to hear, but he was straightforward and built my trust.

Skip forward to 2017 and after we had delivered a successful exit, he supported me again in finding my next new role. It was a tricky negotiation, it often is when equity stakes are involved - and Jeremy did a great job. He represented me well and dealt well with some tricky situations and people.

Mallory Partners always delivers a well-researched shortlist. As CFO of Cannaray, he has helped me to recruit my senior team and has delivered some outstanding candidates. Of a shortlist of six for one particular role, I would happily have hired three of them but one candidate in particular stood out.

He has always kept in touch between assignments, taken the time to understand my business and what I need, and he’s very fair in the way he operates. It’s never just pursuit of the fee, Mallory Partners are interested in building relationships and doing a great job." 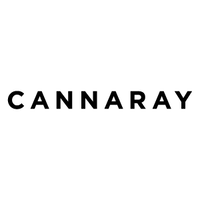