"From the outset, Mallory Partners were incredibly responsive, there was no waiting around after I’d expressed an interest in the role. Martin arranged an hour-long video call with me, which I thought was really impressive and a great addition to recruitment process. It’s not always possible to drop everything and meet up with a recruiter, particularly if geography is a factor - but the option of a video call is almost as good as being face-to-face in a room with them.

I also liked that Martin, from the outset, recognised that I liked a direct and open approach and he reflected that in all of his dealings with me. He was very candid about the nature of the role, where the business was in its growth and the senior team I would be meeting. There was such a lot of detail in that first conversation. The first interview came pretty quickly after that and Martin handled all of the logistical organisation. I felt fully briefed beforehand and he called me straight afterwards with feedback. The quality of his feedback was very high – he used the exact wording from the client and he provided me with useful context; what the CEO had thought about my interview, the kind of candidates I was up against and what issues would really resonate with the CEO in the next round. This really helped me to focus on my thoughts and prepare for the presentation.

For the final round, Martin briefed me on the presentation topic and also offered me the opportunity to feedback on my draft. He called, once again, straight after the interview to see how it had gone for me. As he knew I appreciated knowing where I stood at all times and really wanted this role, there was no preamble when he called to tell me I’d got the job. He just said: “It’s yours.” I liked the fact that he could adapt his approach to meet my needs. I would have no hesitation in recommending Mallory Partners and would be delighted to work with them again one day." 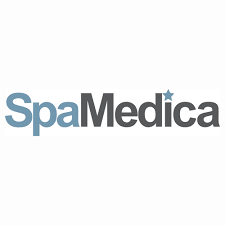