"Mallory Partners initially contacted me via LinkedIn. I’d started a consultancy, it was going well and I had decided not to pursue any employment opportunities but Martin completely sold the role to me in one short phone call – there is no other way of putting it! He was open, honest and, by the time he asked me if the role was of interest, do you know what? Yes it was. The nature of his communication, his understanding of the market and his ability to understand what would interest me and how it could fit with my previous experience; well it was brilliantly done. I couldn’t fault him in any way.

“The process was mostly virtual. We started with a short phone call and then had a longer Teams meeting to go through the detail and work out if there was a genuine fit. This was really useful as it gave me a really good insight into the role. I was particularly impressed that I was asked to sign an NDA early on, this was extremely professional and actually quite unusual in recruitment, but important nonetheless given the sensitivities often involved.

“I am bombarded with a relentless stream of calls from recruitment consultants and I generally give them 30 seconds to impress me. I can honestly say that, as far as Mallory Partners is concerned, every person, every time, every call was impressive. After every single interview, Martin was on the phone within about five minutes checking in to see how it had gone. It was never about making sure Mallory Partners placed someone, it was always about me. How could he help me? What did I need to know? He offered me valuable insight into the people interviewing me, how they might ask questions and what he thought I need to do to make a successful pitch. I’ve not experienced that before.

“The follow-up has continued since I’ve started in the new role – and that also struck me as unusual. Mallory Partners’ engagement with the recruitment process has finished, they’ve received their fee and they’ve moved on to other roles, so they could be forgiven for moving on from me too. But they’ve stayed in contact to make sure I’m settling in okay. That’s a nice touch.
" 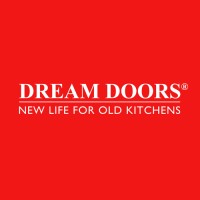